How to Build An Aviary 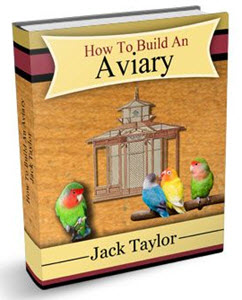 The primary threat to the Endangered (two species) and Vulnerable (five species) bulbuls is habitat loss, though hybridization and trapping for the caged bird trade are also problematic. The effect of destruction of habitat is especially pronounced because so many of these birds have quite restricted ranges. The Endangered streak-breasted bulbul (Hyp-sipetes siquijorensis) is endemic to four islands of the Philippines, and while it lives in open areas, forest in some condition appears to be essential to its survival. Forest destruction has severely affected population numbers, and although on the island of Siquijor the remaining four forest patches are now reserves, suitable protection of the rest of its habitat may be critical to its survival. Habitat loss is also a problem for the Nicobar bulbul (Hypsipetes nicobarensis), found exclusively on the Nicobar islands of India. This bird also suffers from competition with the recently introduced Andaman red-whiskered bulbul (Pycnonotus jocosus), which has flourished throughout the islands. Expansion of the Great Nicobar Biosphere Reserve would provide adequate protection for this bird, and controlling the populations of introduced species might also help. The Vulnerable Styan's bulbul (Pycnonotus taivanus), endemic to the lowlands of Taiwan, is also threatened by habitat loss. Also problematic is hybridization with the Chinese bulbul (Pycnonotus sinensis), whose range has expanded to overlap with Pycnonotus taivanus. The only geneti cally distinct Taiwan bulbuls left live in the coastal mountains. A protected species since 1995, captive-breeding programs and protected areas from which Chinese bulbuls are excluded have been proposed. Habitat loss is also a concern for the hook-billed bulbul (Setornis criniger), confined to the islands of Borneo, Sumatra, and Bangka in the greater Sun-das, and the yellow-throated bulbul (Pycnonotus xantholaemus), found exclusively on the southern peninsula of India. Although both birds have some generic protection, preservation of suitable habitat is recommended for both.

The straw-headed bulbul (Pycnonotus zeylanicus) is now threatened as a result of being highly prized for its voice and hence traded as a caged bird. Listed on Appendix II of CITES, some measures have been taken to protect this bird, but it is still widely traded, and captive-breeding programs are subject to theft. Habitat protection might also help as long as areas are guarded.

In addition to habitat protection, the ecology and behavior of these birds must be studied further to better understand survival rates and ecological needs. Efforts to protect these birds by local governments and international groups will do little without the involvement of local people.

Building Your Own Outdoor Aviary